skip to main | skip to sidebar


A beautiful day weatherwise, if not a little hazy, with light southerly winds and largely clear conditions. The forecast rain did not materialise.

I was expecting more from today, especially following yesterday's excitement, but some birds did get through, noticeably the odd Marsh Harrier and Osprey...

Over at TRING RESERVOIRS (HERTS), a little change from yesterday, with more hirundine passage...

At STARTOP'S END RESERVOIR, Common Redshank numbers had increased to four birds, with one pair showing an interest in one of the rafts. Both WATER PIPITS were on the west shoreline once again, as well as the two GREY WAGTAILS, whilst migrants included 8 SAND MARTINS and 2 BARN SWALLOWS. All 5 Great Crested Grebes were on view, whilst Wigeon numbers had dwindled down to 7; a Mistle Thrush was in the paddock.

A long vigil in excellent conditions at WILSTONE RESERVOIR failed to reap much in the way of reward - a single flyover YELLOW WAGTAIL being the best of the bunch (and my first of the year).

A singing male Common Chiffchaff in the East Bank Poplar trees was a new arrival, as was a Willow Warbler by the old cress beds. SAND MARTINS numbered up to 28 (some passage evident), with 3 or more BARN SWALLOWS coming through.

Clear skies and light winds meant lots of raptors in the sky, including up to 12 Red Kites, 8 Common Buzzards, 3 Common Kestrels and a single Sparrowhawk, whilst late evening saw the first Osprey of the year appear - over Weston Turville Reservoir (per Stephen Richards).

A male Song Thrush was singing from the Black Poplars in the SE corner, 4 Linnets passed by and Yellowhammers finally gave themselves up for me, performing along the Dry Canal.

Steve Blake then phoned with news of Lesser Spotted Woodpecker, Tree Sparrow, Firecrest and Black-tailed Godwit from his home patch of TYTTENHANGER GP, which sounded too good to refuse. I soon met up with him but failed to locate ANY of these birds - just 4 yaffling Green Woodpeckers, 3 Nuthatches and a singing Common Chiffchaff as compensation.

It was then time to do some ROOKERY SURVEYING, particularly as many were now active with the recent weather change. AT CHESSBURY ESTATE, CHESHAM (BUCKS) (SP 957 012), 39 nests were active, whilst at PEDNOR BOTTOM (BUCKS), numbers totalled 34. The CHESHAM VALE Rookery (SP 963 033) was a respectable 44 active nests, with just 6 left by the railway in HOLLOWAY LANE and 9 at the new site by BOIS MILL FARM. Lastly, 52 active nests at LATIMER PARKFIELD, including quite a few in the conifers.

In addition, CHESHAM'S BURY LAKE held the two first-summer Mute Swans, with 5 pairs of LAPWINGS in the grass field opposite. 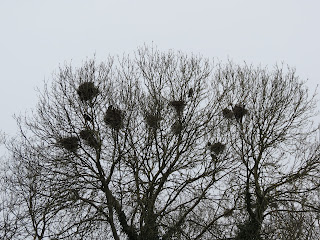 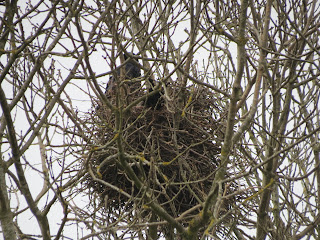 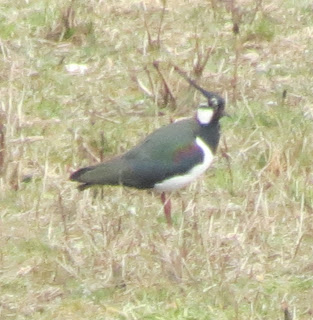 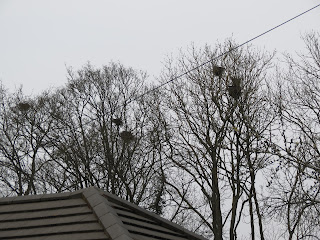 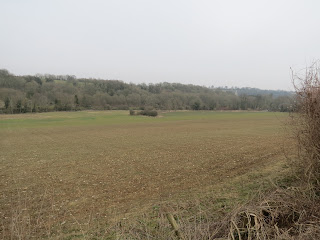 The Lapwing Field at Bury Pond 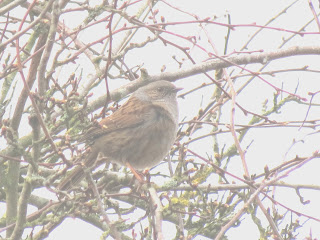 Species recorded in the Amersham Area in 2015

Species Recorded in the Amersham Recording Area in 2011

Species recorded in 'Recording Area' in 2010

Lee G R Evans
I have been birding since 1969 but became obsessed with 'twitching' in 1974 and haven't looked back since. Have driven over 1.3 million miles in pursuit of rare birds in the UK, where to date I have recorded 588 species in Britain and Ireland. I also have a fascination for the Birds of the Western Palearctic, where I have currently recorded 880 of the 1,064 species ever recorded. I am widely travelled in North America, as well as in Africa and Asia, and have written at least 29 books on my chosen subject, including best-sellers ''Ultimate Site Guide to Scarcer British Birds' and 'Rare Birds in Britain 1800-1990'. Established the UK400 Club in 1981 to cater for the most obsessive of the British birding fraternity and now concentrate on online publishing, via the www.uk400clubonline.co.uk website. Record Birding achievements include recording 386 species in Britain & Ireland in 1996 and 627+ in the Western Palearctic in 2008